Health benefits of kiwi include skin care, improved cardiovascular health, lower blood pressure, and prevention of strokes. It also aids in the treatment of cancer, insomnia, macular degeneration, and diabetes. Due to the flavonoid-rich compounds found in kiwi, it also helps during pregnancy and promotes the absorption of iron in the body. Besides, the anti-microbial properties of kiwi guard against a range of pathogens and strengthen the immune system.ea

Kiwifruit is a delicious berry of a woody, twining vine and is popularly known by its shortened version as ‘kiwi’. It is native to China and is referred to as the country’s national fruit. Originally known as ‘Yang Tao’, kiwi is an oval-shaped, dull brown colored fruit with a fuzzy texture. The inside pulp is a vivid, semi-translucent, bright green flesh with a radiant pattern of lighter-colored spikes, freckled with a few tiny, edible black seeds. Kiwifruit has a unique and invigorating flavor with a soft and creamy texture. The Actinidia genus which includes kiwi comprises of about 60 species. Globally, the most commonly consumed varieties are the ‘fuzzy’ and ‘golden’.

Kiwi was brought from China to New Zealand during the early 20th century by the missionaries. With the growing appreciation of this exotic fruit, people from New Zealand renamed it as Chinese Gooseberries. Later, it was imported to the United States where it became quite popular. After multiple rechristening, the fruit was finally named as ‘kiwi’ in the honor of the national bird of New Zealand for its small, fuzzy, brown appearance resembling the fur coat of the flightless brown kiwi bird. Italy, New Zealand, France, Japan, Chile, and the United States are the major contributors to the commercial production of this fruit.

The small kiwi fruit stores a treasure of nutritional surprises. It is an excellent source of vitamin C (ascorbic acid). Other vitamins including vitamin A, folate, vitamin E (alpha-tocopherol), and vitamin K (phylloquinone) are also present in good amounts. The mineral wealth of kiwi includes a tremendous quantity of potassium along with other minerals such as calcium, magnesium, and phosphorous. All these vital nutrients in the fruit come with an added bonus of dietary fiber. 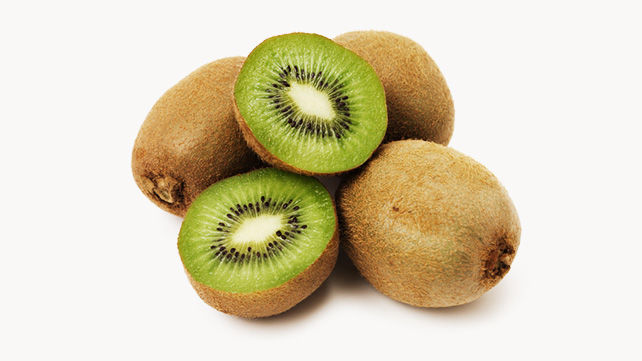 The growing global popularity of the kiwifruit attributes to an amazing blend of its unique appearance, flavor, and nutritional assets. Benefits of kiwi fruit for medical conditions have been discussed as under:

An amazing benefit of kiwi is its ability to facilitate the absorption of iron in the body. A richness of vitamin C and other phytochemicals such as lutein and zeaxanthin in the fruit help in improving iron status in the body and prevents iron deficiency disorders. A comparative study performed between kiwi and banana has revealed that consumption of kiwi along with an iron-rich breakfast cereal results in significant increase in iron in the body as compared to banana.

8 Essential Things Everyone Who Loves Swimming Needs to Know

Kiwi is a perfect fruit for a pregnant woman attributing to the abundance of natural folate. Folate helps to prevent the occurrence of neural tube defects in unborn babies and is essential for their brain and cognitive growth. Other vital nutrients such as vitamin C, E, and K along with flavonoids present in the fruit also contribute beneficially to the overall health and development of the fetus and the expectant mother.

Kiwi has a low glycemic index (GI) which makes it suitable for individuals with diabetes. A study conducted on kiwi extracts demonstrated that consumption of this fruit helps in regulation of adipogenesis which is critical for the prevention of diabetes. Dysfunction of adipose tissues in the body is strongly implicated in the development of insulin resistance and diabetes.

Kiwifruit has been traditionally trusted in the Chinese folk medicine for its effectiveness in healing various types of cancers such as liver cancer, breast cancer, stomach cancer, and lung cancer. Extracts of the kiwifruit inhibit the proliferation of cancerous cells and protect endogenous DNA damage. The fruit works against cancer by being cytotoxic to malignant cancer cells without affecting the normal, healthy cells. The plethora of antioxidants, carotenoids, vitamins along with fiber contributes beneficially to the effectiveness of kiwi in the prevention or healing of cancers. Catechin, a phytochemical present in kiwi helps in reducing the toxicity of anti-cancer agents by stimulating the bone marrow proliferation.

As mentioned, kiwifruit is rich in protective polyphenols along with vitamin C, vitamin E, and potassium which are effective in the maintenance of cardiovascular health. An investigative study has revealed that this fruit exerts inhibitory activities which aid in the reduction of triglycerides in the blood. According to the study, consumption of a couple of kiwis on a daily basis helps in reducing the platelet aggression response or the risk of blood clotting. This fibrinolytic effect of the fruit on your blood vessels prevents the risk of thromboembolic and cardiac disorders like atherosclerosis.

Kiwi is a fruit for the eye and it contributes beneficially towards eye care. As already stated, it is a source of phytochemicals lutein and zeaxanthin which are critical components residing in the human eye. These helpful components along with vitamin A protect the eyes from cataracts, age-related macular degeneration, and other vision-destroying disorders.

Kiwifruit helps to maintain healthy and smooth skin attributing to its significant contribution in the process of collagen synthesis. It contains vitamin C, which helps to keep the skin firm and expedite healing of cuts and abrasions. Vitamin E in kiwi assists in reducing the fine lines and appearance of wrinkles. It also helps in reducing the harmful effects of ultraviolet radiation on the skin, while the antioxidants present in this fruit work as a perfect anti-aging agent and prevent the skin from early degeneration, and keep it rejuvenated.


Kiwi contributes favorably to the regulation of the innate and adaptive immune system which is very critical for the healthy functioning of the body. Consumption of kiwifruit helps in fighting seasonal infections and other ailments attributing to its anti-microbial and anti-fungal action. Extracts from kiwi have shown to exert bacteriostatic action against various pathogens including Staphylococcus aureus and Staphylococcus pyogenes. Kiwi fruit helps in reducing the symptoms of cold and flu and other upper respiratory tract infections. It also exerts anti-inflammatory effects and exhibits the activity of pro-inflammatory cytokines.

Tofu Benefits and Nutritional Facts that you must know

8 Essential Things Everyone Who Loves Swimming Needs to Know

Stay With Us
Newsletter